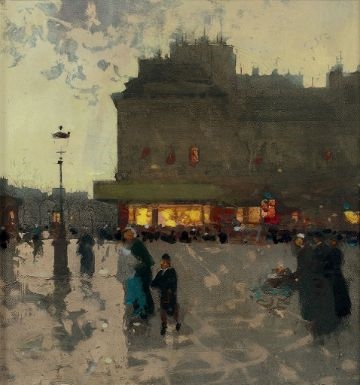 Painting is an art form where people can put their thoughts forward or convey non-violently through their creations. We all have heard about fine arts; however, do you know when this radical art form was started? In the early 20th century, numerous movements took place worldwide, which brought the new, unorthodox, modern art form to change people’s conventional concept of arts. A number of widely admired artists took a vital role in those movements and brought a new era of painting- Fine Arts.

According to sources, the legendary artist Pablo Picasso and Marcel Duchamp is the perfect example of early fine art artist in the early 20th Century in Europe. Along with there are so many world-famous personalities who have given a significant contribution to fine arts.

• Henri Matisse- Henri Emile Benoit Matisse was the post-impressionism periods’ artist and prominent Fauvism movement leader. He was born on 31st December 1869 in France, became a significant painter, sculptor, printmaker. He is widely known for his a way of style of using colours. He married Amelie Matisse in 1898. His famous artworks include “Le Bonheur de Vivre,” “Woman with a Hat,” “Portrait of Madame Matisse,” “Music”, etc.

• Pablo Picasso- Pablo Ruiz Picasso is a renowned Spanish painter, printmaker, theatre designer, and sculptor. He was born on 25th October 1881. He spent most of his adulthood in France and was the leader of fine art movements. His art still stuns people globally. Many movies are created in Pablo Picasso’s biography. He died at the age of 91 in France. Few of his legendary creations include “Guernica,” “Les Demoiselles d’Avignon,” “The Weeping Woman,” “The Old Guitarist,” “Girl before a Mirror,” “Portrait of Ambroise Vollard”, and many more.

• Georges Braque- He is one of the French modern art creators among early 20th century artists, known as painter, printmaker, sculptor, collagist and draughtsman, was born in 1882. He played a prominent role in Fauvism as he allied with this movement in 1905. He married Marcelle Lapre in 1912. “Fruit Dish and Glass,” “The Portuguese,” “Violin and Candlestick,” “Houses at I’Estaque”, etc. are some of his recognisable artworks.

• Henri Rousseau- Henri Julien Félix Rousseau is the French artist whose painting followed primitive manner. He was also one of the post-impressionist artists and helped in modern art movements. His artworks are “The Dream,” “The Sleeping Gypsy,” “Tiger in the Tropical Strom,” “The Snake Chamber,” “Self Portrait,” “Boy on the Rocks,” etc.

Are you fond of fine arts? Do you want to preserve these unique arts? – Online paintings for sale is in trend and a handy way to collect these rare arts. You don’t have to be present physically at any art gallery; you can visit their digital portal where comprehensive collections of rare arts have been showcased. Don’t miss the opportunity, hurry to go to their site and choose from vast fine arts collections.