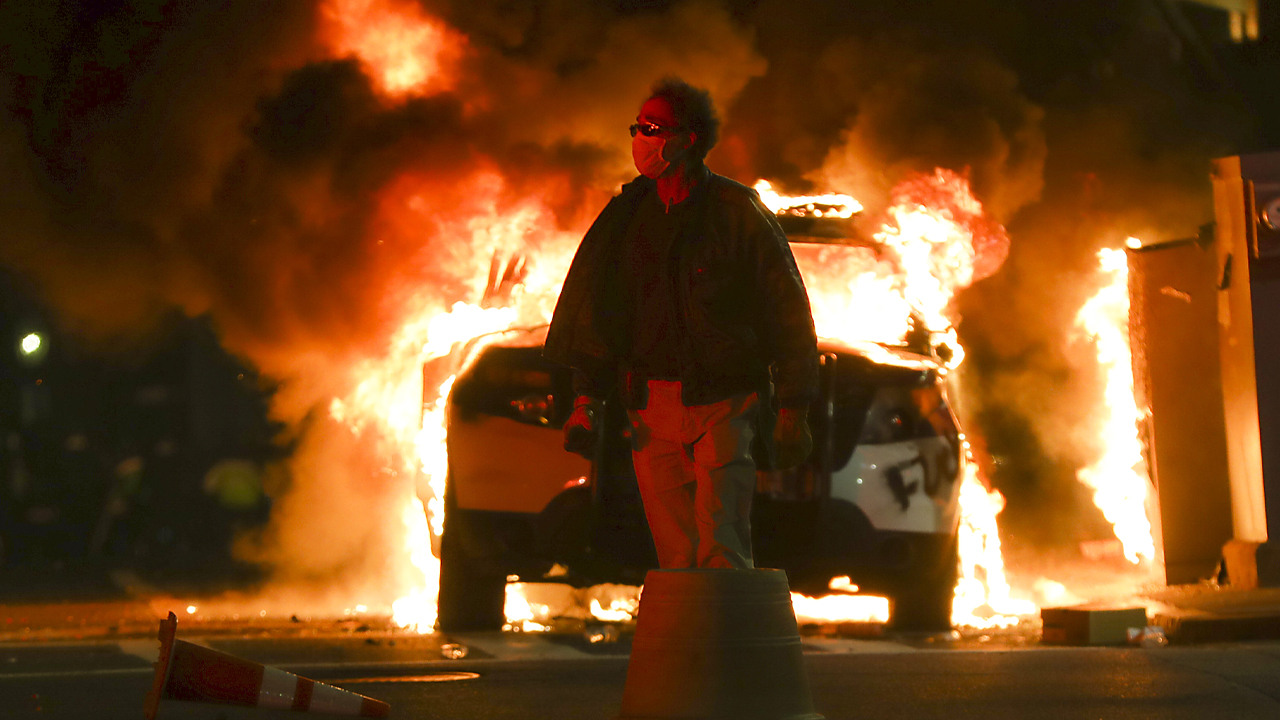 As tensions boiled over late Sunday evening on May 31st, 2020 Boston area and surrounding residents marched from Nubian Square to the Sate House located next to the Boston Commons. The purpose was to be heard, there was a message of enough is enough when it comes to police brutality and unfair treatment of Black demographic. The rally started off peaceful with a strong Unity between all. The peaceful protests lasted for the majority of the day and should not be lost amidst the ensuing chaos. The local media provided great non bias coverage of the entire event from start to finish and should be applauded for putting themselves in harms way to do so.

As the Night fell

As the night fall came some rouge protesters or agitators scaled the fences at the State House and were met with Police detainment. This response caused protesters to throw  water bottles and other projectiles from the crowd towards the police. All chaos broke out from this point forward as smaller segments of groups began confronting officers in riot gear throughout the commons and downtown crossing areas. Tear gas was thrown and wooden battalions were used. At one point an abandoned police car was set on fire and burned until fire officials could put it out. National Guard was eventually called in to help with the situation.

What started this all?

Sparked by the death of George Floyd who dies in police custody just earlier this week. The officer in the video appears to place his knee in the back of George Floyd’s neck as he can be heard yelling “I can’t breath”. The below video is graphic and viewer discretion is advised.

Who organized the protest?

The event was organized by a community group called “Black Boston” through a Facebook group that went viral with under 289 members as of May 31st 4:16PM EST. Invites were sent to anyone and everyone to join and march together to help spread the message of unity and equality. This resulted in thousands of participants from a variety of different backgrounds. The message was clear – enough is enough and police brutality against Black Americans must come to an end. This group was relatively new and seemingly sprung up over night. The oldest post from the group is 2 days before the rally. In protests across the country police are notice that organizers are suspected to be from out of state with mixed intentions and unclear motives – so it is important to realize that this particular protest was organized by a relatively unknown and new group. Some claims are being made that ANTIFA is behind some ill intention rally’s as cited from a New York Times article.

Many of the protesters were seen wearing masks but all were violating the 6 feet social distancing guidelines. This makes one wonder what affect this will have on the spread of COVID-19. There were numerous reports that some people within the crowd were handing out hand sanitizer as a way to help with the spread of germs.

There is another Facebook group event organized by Black Lives Matter Boston coming up on Tuesday 6/2/2020.

Are you tired? I know you are. As Black People were are exhausted, deflated and just plain tired. Join Violence In Boston Inc. and Black Lives Matter Boston as we gather while remaining socially distant to rally our Just Anger and mourn these homicides.

Our Stance at CryptoLiveLeak, Inc. and Block Relations LLC Boston based organizations and communities

We are united with our brothers and sisters in Boston, across the Nation, and across the Globe. It is time for change as no man or women should have to live in fear from the organizations that are sworn to protect and serve them. This is a trying time with multiple factors contributing to unrest, we must not lose sight of the messaging and action required to move forward. Violence is not the answer, it saddens me to see the city I love burning and being looted. We support the Unity and Message of this great cause, please keep safe and refrain from violence.